Resolving the Fate of
Missing U.S. Servicemen from the Korean & Cold Wars 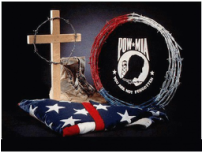 An untold number of documents that contain information about the fate of missing American servicemen from past conflicts remain classified.

Thousands of remains of U.S. servicemen missing from the Korean War are scattered throughout North Korea.

The remains of nearly 1,500 American soldiers missing from the Korean War are in U.S. hands and need to be identified.

​126 aircrew members lost on surveillance missions from 1946-1991 remain unaccounted for.

​Nearly 400 U.S. soldiers were last seen alive in enemy hands during and after the Korean War inside North Korea, the former Soviet Union, and China.